Some people are creative problem-solvers. Others build strong friendships and don’t take themselves too seriously. A special few people are able to make all the lives they touch better.

Paul Lautrup did all this and then some.

To the countless people who knew and loved Paul, it was too soon for him to leave this world. He was a hands-on grandparent. He was still very active in his career where his knowledge and experience helped power National Shelter Products, Inc. The hole he left still seems daunting. But after talking with a few people who were close to him, it’s clear he equipped others to go on in a way that follows the example he set: Be an encourager, treat others better than yourself, and live with integrity at your core.

Early in his career, Paul worked in a variety of hands-on paper industry roles including Quality Assurance Manager and Production Superintendent. Then Paul went on to spend 40 years in the building products industry. His expertise there was focused on R&D, building codes, and technical support for the engineered fiber market segment. Companies that benefited from Paul’s skill over the years included Simplex, Ludlow Coated Products, Covalance Specialty Coatings, Berry Plastics Corporation, Ox Engineered Products, Fibre Converters, Inc., Jumpstart Consultants, Inc., System Components Corporation, and National Shelter Products, Inc. Interestingly, these nine companies represent one company that changed hands/names five times and another group of companies represented by one ownership group. Paul spent 40 years with essentially two organizations. This amazing accomplishment is a rare demonstration of Paul’s loyalty and the loyalty he earned from others.

A Gift for Personal Connections

In his most recent role in business development at National Shelter Products, Paul spoke daily with builder customers, suppliers, architects, engineers, and code officials. John Cahill, National Shelter’s Managing Director, noted that Paul endeared himself to people because he made them feel like they were part of his personal priorities. 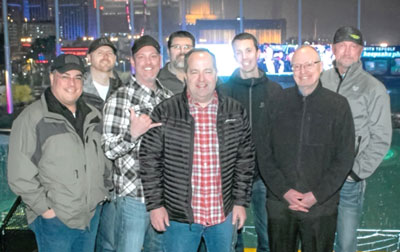 “What was always striking to me about Paul was that, in any conversation, he was very attentive to the person he was speaking with and what their needs might be,” John said. “He wanted to understand. Paul was a patient listener and patient talker. That brought people closer to him because they always felt that he was advocating for whatever their need was. He wasn’t necessarily agreeing with you, but he always told you that he understood. He would say, ‘If I were in your shoes, I would be most worried about this, is that right?’ I think that really drew our suppliers and customers closer to him.”

Paul’s wife Marilyn shared that after he died, she received cards from many people that she didn’t even know. For example, she said friends of their son wrote beautiful notes about a conversation they had with Paul at their graduation ceremony. “That is exactly who he was,” she explained. “You could meet him one time and he would make that impression because he was so interested in you and what you were doing. It was all about you and not him. That happened over and over again and blew me away. It just summed up exactly who he was.”

Paul’s good friend Diane Judah from Ox Engineered Products reminisced about the 35 years they worked together. “We had such a phenomenal working relationship,” she remembered. “There was never a nicer, classier, or more even-keel person than Paul.”

An Inventor of Solutions

One of Paul’s notable skills was being a creative problem-solver. He was wired to consider things from a variety of angles and effectively encouraged others to deliberate different points of view as well. “He loved to invent solutions,” said John. “Maybe it was a product, an approach, or a question that changed the way someone looked at what they were doing, and it opened doors.”

Larry Wainright of DrJ Engineering agreed, “Paul always really enjoyed the R&D side of things and thinking about better ways to build the mousetrap. That interest, along with his involvement with the early development of codes, informed a lot of his advocacy for the entire engineered fiber sheathing industry.” 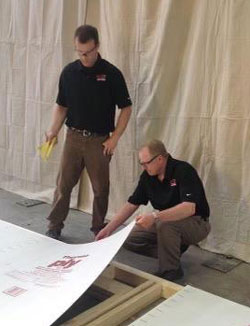 John shared how Paul always put himself in the position of being the student: “He loved detail and carefully dissected information in each situation. This was on his own time in a lot of cases. He would spend hours and hours; he’d get in the car and go drive and see somebody that he thought could run a test or had equipment to evaluate something.” When it came to developing and improving products, John explained that “Paul loved testing and learning what would happen, and most importantly how it would apply in the field.”

In today’s world you continually hear more about work life balance than you hear how valuable work is to life and living. There are some people who love what they do so much that it’s no longer work but a quest for knowledge to enrich their life. Paul was on this quest. “I loved it when he would do those little tests at his home,” said Diane, remembering his curiosity. “He’d build a wall and put sheathing or house wrap on it and leave it out for 24 or 48 hours or a week or whatever just to have his own experience with the product without being in a lab somewhere.”

Bill Pugh of Barricade Building Products worked closely with Paul at Berry Plastics and said the breadth of Paul’s knowledge always amazed him. “He knew a lot more stuff than he led people to believe,” Bill shared. “Paul would analyze every situation and think it over before he stepped in to share his perspective, but he always had things figured out.”

It was clear from talking with people who knew him best that Paul was not just interested in people; he himself was interesting and made life fun. Since he was on a continual quest for knowledge, he was an excellent conversationalist and able to share relatable stories, no matter the topic. His sense of humor was legendary.

Diane talked about times the two of them would leave someone’s office and he would say, “Judah, I can’t believe you said that to that person,” and then they would giggle like two teenagers. She said that he was not a sales guy; he was there to observe and give an opinion. She explained that they were calling on architects and engineers and quipped, “They’re pretty boring people overall, you know what I’m saying? And we’d get in the car and Paul would say ‘Oh my, you made that guy laugh. I’ve never seen that guy laugh before.’”

Bill told a story about him and Paul driving through a blinding blizzard to a builders show in Minneapolis, and it kept getting colder and colder. By the time they got to their hotel, Bill said the radio wasn’t reporting what the temperature was, “they were just saying that you had about three minutes to frostbite.” In spite of this, he and Paul decided to walk across the street to a restaurant for dinner. Bill said he only had his sport coat and cowboy hat, so he knew it would not be a fun walk. He met Paul at his hotel room and could not believe what he saw: “I got to Paul’s room, and he’s got a beanie, a face scarf, insulated gloves and a big ass coat.” Bill asked Paul if he had known the weather was going to be like this, and Paul said, “No, Marilyn packed for me. She always packs for me.” 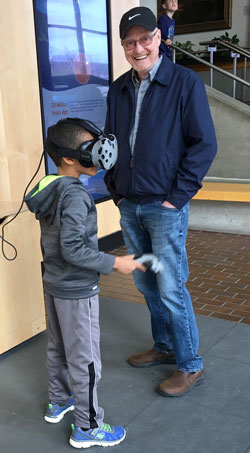 Bill said the funniest part of the story happened the next morning. He headed over to Paul’s room and knocked on his door. Bill said, “Paul had all the warm clothes on from the night before, plus he had used everything on the bed to build himself an insulated igloo on the couch because the heater wasn’t working in his room and no one would answer the phone in the hotel office.” Ultimately, Marilyn had set him up for success more than she ever realized!

Some of Paul’s funny stories surrounded being his grandson’s partner in crime, which he would tell with a glint in his eye. Marilyn laughed about how much he would embellish his stories “just a tad, as everything was said, to make it funnier, more interesting.”

Integrity at His Core

The word “integrity” was used repeatedly to describe Paul. “He was always worried about the ethical way of doing things,” Bill remembered. “There wasn’t a fake side to him on anything.”

Diane continued the sentiment: “The highest compliment I could give Paul is that he was a man of integrity. He never sugarcoated anything, never lied to a customer about anything he was trying to do, and when he said he’d do something he would always follow through.”

Kirk Grundahl of Qualtim shared, “I got to know Paul’s character well during the challenging 2006 International Residential Code language change that essentially said ‘all braced walls were to be sheathed with OSB.’ This provided OSB with an overwhelming code-based wall sheathing competitive advantage, which epitomized the significant inertia that powers tradition and the very strong headwinds that blow against innovation.”

Kirk continued, “On January 19, 2006, in Salt Lake City, UT, the first meeting of the ICC Ad Hoc Wall Bracing committee was brought together by Dan Dolan of Washington State University to ‘fix’ this code language. Paul joined APA, NAHB, Weyerhaeuser, Norbord, American Wood Council, Dow, National Council of Structural Engineers Association, ICC-ES, USP, Simpson, XPSA, and others, to negotiate a solution. Paul worked tirelessly alongside Jay Crandell and Zeno Martin to ensure that all facts were transparently reviewed. He was passionate about fairness being a key part of the discussion even though he understood the political nature of the code development process.”

“Having honest scales was important to Paul,” Kirk said. “This created a rich environment to find innovative ways to create a superior engineered fiber product line. Paul was always problem-solving. He was on a mission to find test-based facts and became a passionate advocate for the products he witnessed performing better than traditional ones. Armed with knowledge, he tirelessly communicated facts with building officials, architects, and engineers about the value these innovations had in creating a robust competitive marketplace. He sincerely advocated for what was true, honorable, and right – fundamentally the American way. He was a man in a class of his own.” 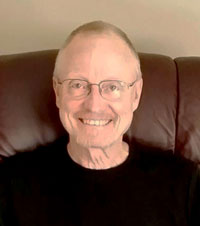 When asked what made him unique, Marilyn summarized: “In a word, integrity. It was what was super important to him. He wanted to portray that and it came naturally to him. He always lived with openness and honesty. It was never ‘how can we do better than them?’ It was always ‘how can we bring everybody along so that we all can do better?’”

John also agreed, sharing that National Shelter would be announcing their first quarter awards with a focus on their core values. Fittingly, their Intentional Integrity Award will be named after Paul Lautrup.

See All News   Learn About Our Family of Brands